Here’s the news: We achieved to program six more theater performances. From Friday to Sunday they have staged Cometagiroavió, Joc and Aürt, the three scheduled shows fot this weekend of this 2020 FIET so different. With little public attendance, that’s true, but brave people who have seen rewarded, with these three good shows, their desire to return to the theater. We loved that seventeen people from the association Amiticia did come to share and enjoy with us, as an inclusive leisure activity, the first Saturday performance of Joc.

This show, it’s a portrait of the adventures of the inventor Pere Sastre Obrador, recovered by Joan Salvà and novelized by the writer from Llucmajor, Sebastià Alzamora. Irene Soler and Xisca Puigserver unfolded a lot of objects, puppets and projections to put fantasy, emotion and creativity on stage, at the service of a good story, well told. Where, you can also see the hand of Pau Cirer in the masks and in the stage direction. The councillors of the Municipality of Llucmajor, from culture and festivities, did not want to miss the performance of five o’clock of the precious creation of Centimets, finalist of Bòtil 2020 contest. (Theatre and literature creations competition organized by Sa Xerxa). The performance of seven and a half, was also attended by the creator and protagonist of “L’home del vol vertical”, Joan Gomila, from La Fornal d’espectacles. With which, after the performance and with the relevant protective masks, they were able to comment on the curious situation of having coincided, this autumn, in the premiere of the two productions based on the same character, the fascinating Pere de Son Gall.

Three dancers, take a Cyr wheel, half a dozen balls and a red scarf and turn the stage into a space of circus, clown and contemporary dance, all in one stroke.

In this collective creation of dance / circus without animals, where the only “beasty things” that we see on stage are those that come from humor, get the difficult art of simplification. Doing, without words, a show strong but beautiful, energetic, but well synchronized. It’s impossible not to highlight the scenic presence of Matías Marré who, as much as in his body expression as a dancer, as in the hypnotic handling of the Cyr wheel, gets the squaring of the circle. A wonderful aesthetic and scenic game of three, of body skill in the service of dance, acrobatics and play-by-play, as children do.

“Aürt, is a Catalan word that is in disuse, which means sudden shock, unexpected accident”

Unbalanced? So, what! Coloma Roig and Toni Rosselló do a stunt, they take a leap, from the hand of Jordi Aspa that makes the whole show have a Scarlata Circus aroma. All have contributed their savoir faire, in this artistic clash from which Aürt was born. They have created a space that combines the strength and dexterity of circus techniques with visual poetry and everything, padded in a sound environment created by Joana Gomila, invites you to dream soaked in this free, real and surreal creation at the same time.

· A micro-chronicle by Jaume Gomila 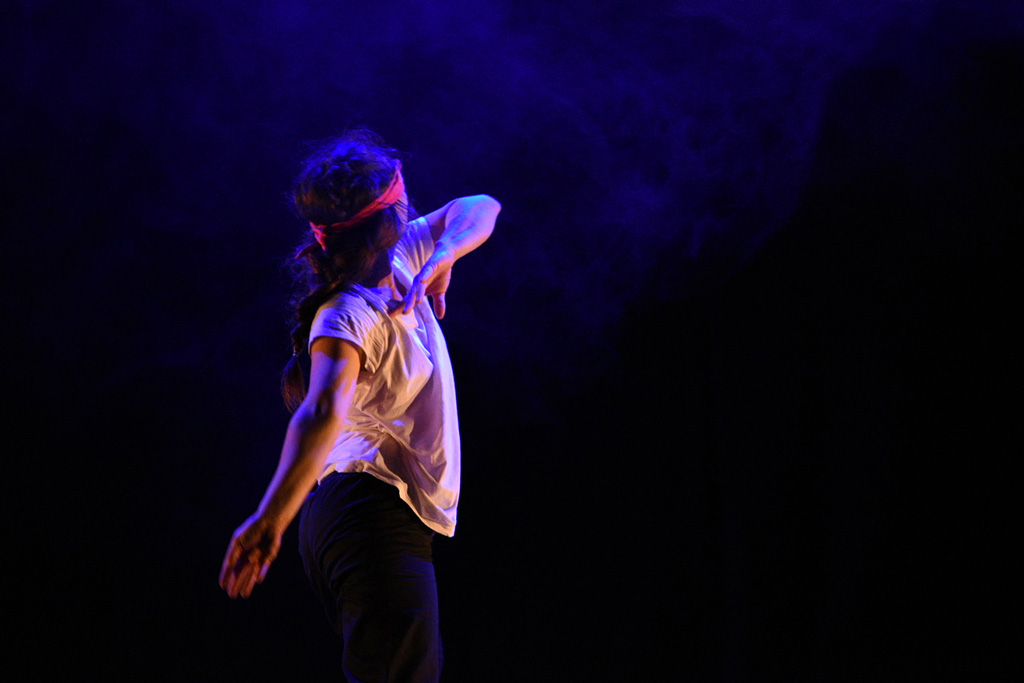